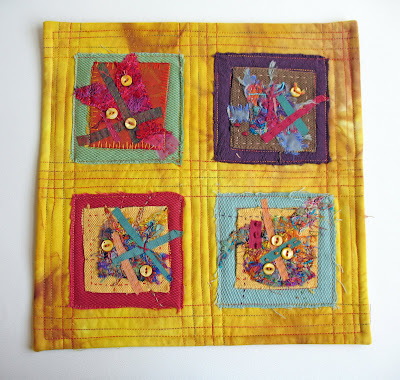 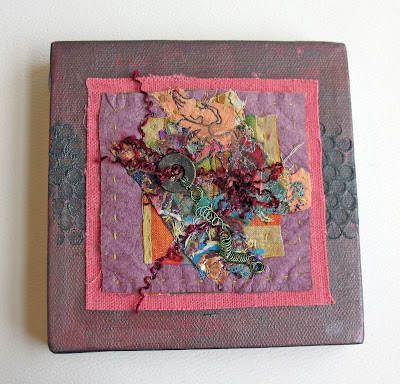 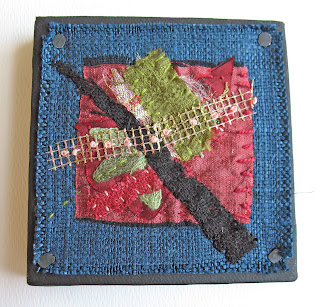 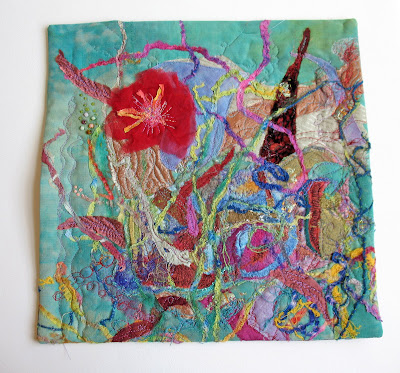 I've been busy, busy, busy at the sewing machine.  I've quilted the begessus out of the collaborative piece that Lu and I started last fall.  I'd let it mellow out on the design wall for months and then got in gear last week to get going again.  It's not ready to be unveiled yet but I do have some other work to show.  Taking the lead from a friend I've done some small pieces.  The almost instant gratification (some elements have been around for a while) feels good.  The 2 midle pieces are mounted on 5" canvases. The yellow Windows and the new Tide Pool are each 11"x11".
Ashley got these 4 and another listed for me today on Etsy and linked to my Etsy page to Facebook.  I'm hopeful that will get more traffic. I've been feeling a bit lonely lately thinking no one notices what I'm doing.  Making art is primarily for me and my own satisfaction but it's also saying something that I hope others hear.
In between sorting & cleaning duties Ashley has been busy making new spring clothes so we've had the  dueling sewing machines going.  I'm hopeful we'll have these sessions regularly even when we're living hours apart.  It will be some thing we'll have to schedule and make happen.
Posted by Connie Akers at 10:44 PM No comments: 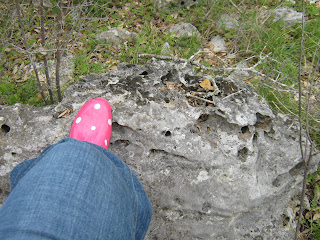 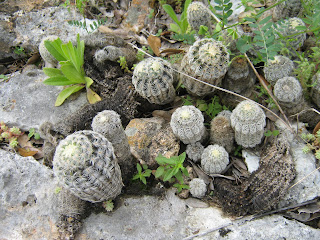 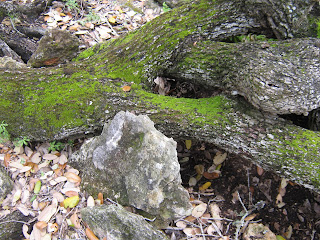 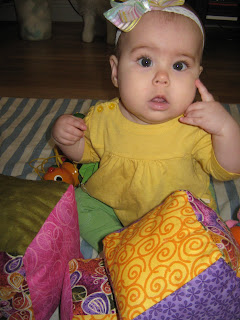 I found these boots at Target and figured they are just what I needed to stomp around the property as we work toward building.  Karl thinks I'll need leather work boots when it gets warmer but I couldn't resist the fun of these and was glad to have them yesterday after heavy rains over night and cold blustery winds as we worked.

Here I've put my foot up on a rock about 2' high.  It is representative of what is on a good portion of the property. I love them.

This week I'm stepping up and out in another way.  I've been invited to share my Art Saves story on Crescendoh.com.  Please visit.

These little cactus are also abundant on the property.  Aren't they cute?  Yes, I know, we'll have to be careful, especially with children.  There are hazards in nature as in life - scorpions, snakes, chiggers, all kind of critters we all need to learn to respect and enjoy.


Hard to tell  but this is a large oak fighting it's way up through the rocks.  Growing big and strong is not an easy task.


And speaking of growing big.  Karlie is 7 months old today.  So many changes in such a short time.

As I write this I'm watching the House debate on health care reform.  I pray that we move forward and pass this reform for her and others.
Posted by Connie Akers at 9:21 PM No comments: 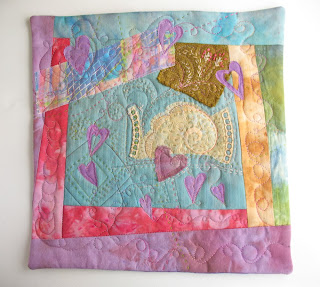 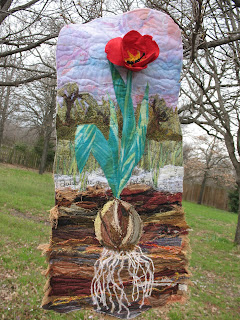 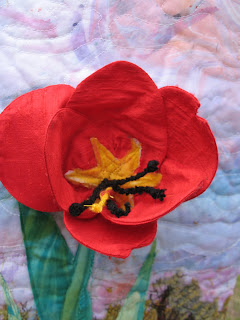 It's nice to be missed.  A friend told me Friday I wasn't blogging enough lately.  Partly I figured there's only so much anyone wants to hear about packing boxes; the other reason is that I've felt really crumby.  I won't dwell on the negative but imagine going down a long, dark, spiraling tunnel.  I will offer a warning: If you're taking Statin medication for high cholesterol, PAY ATTENTION to changes in how you feel.  I took myself off the meds on Friday after an epithany moment Thurs. night and considerable online research.  I feel better already but don't know what to expect next.  I see the prescribing Dr. this afternoon and may have another change in that area.

On a brighter note, I'm thrilled that spring is coming.  It will take me a couple of weeks to get used to the new time but I love the brightness of the light and the trees ready to burst into green.  I was amazed to see the flowering trees driving to Dallas Friday and noticed little things in the yard over the weekend, including how much better it looked after Ashley, Frank & I worked a few hours Sat. Yesterday there were 5 Cardinals and a Jay fussing at the feeder....Birdfood is on my list today.

I hadn't been out and about much lately so Friday was a welcome excursion.  The Dallas Quilt Show is a spring highlight every year and I was not disappointed.  I probably would not have gone if not commited to sit as a volunteer for the Dallas Area Fiber Artists special exhibit.  Isn't it interesting that obligations met can give us just what we need? The DAFA exhibit was a beautiful selection of work.

The small piece top left was in another special exhibit called "12 Square Inches" sponsored by the "Twisted Stitchers" group.  I was included at the invitation of Deborah Boschert.  I feel honored to be in such great company.

The Tulip piece got finished on Thurs.  It is for an exhibit sponsored by the Visual Arts Society of Texas called "Merging Visions".  This will go with a poem titled "Tulip as Role Model" by J. Paul Holcomb of the Denton Poet's Society.  The show will hang in Denton libraries during April.

I'm hoping that all the changes in the air will include renewed creative energy and I'll have more art to show in the weeks to come.
Posted by Connie Akers at 10:15 AM 5 comments:

It's been a busy couple of weeks.  Between trips to Austin & San Marcos, I've continued the organizing of what I want to move.  Every box in the studio has been examined and labeled. It's hard to say how much as been edited out but I'd guess about 1/3  Lots of great stuff will be looking for a home with someone else and I'll certainly announce the sale when the time gets closer.
As another move to get things to new homes, Ashley has helped me photo and list items on Etsy.  The spring green scarf isn't there but I hope to get some of this type there soon.  Today I was selected in my first treasury by msbelle - my small pink book.  That's exciting to me.
We're enjoying company for the weekend and we went to see Crazy Heart on Ashley's recommendation.  We all agreed that it is a great movie and hope Jeff Bridges wins the Academy Award. I hope to get back to the studio early in the week and have new art to show soon. 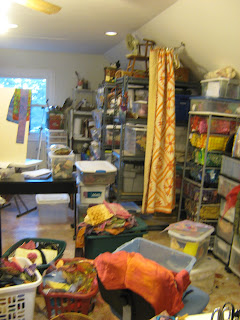 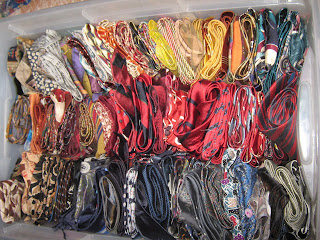 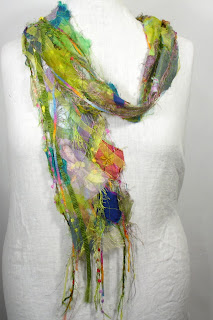 Posted by Connie Akers at 11:32 PM No comments: